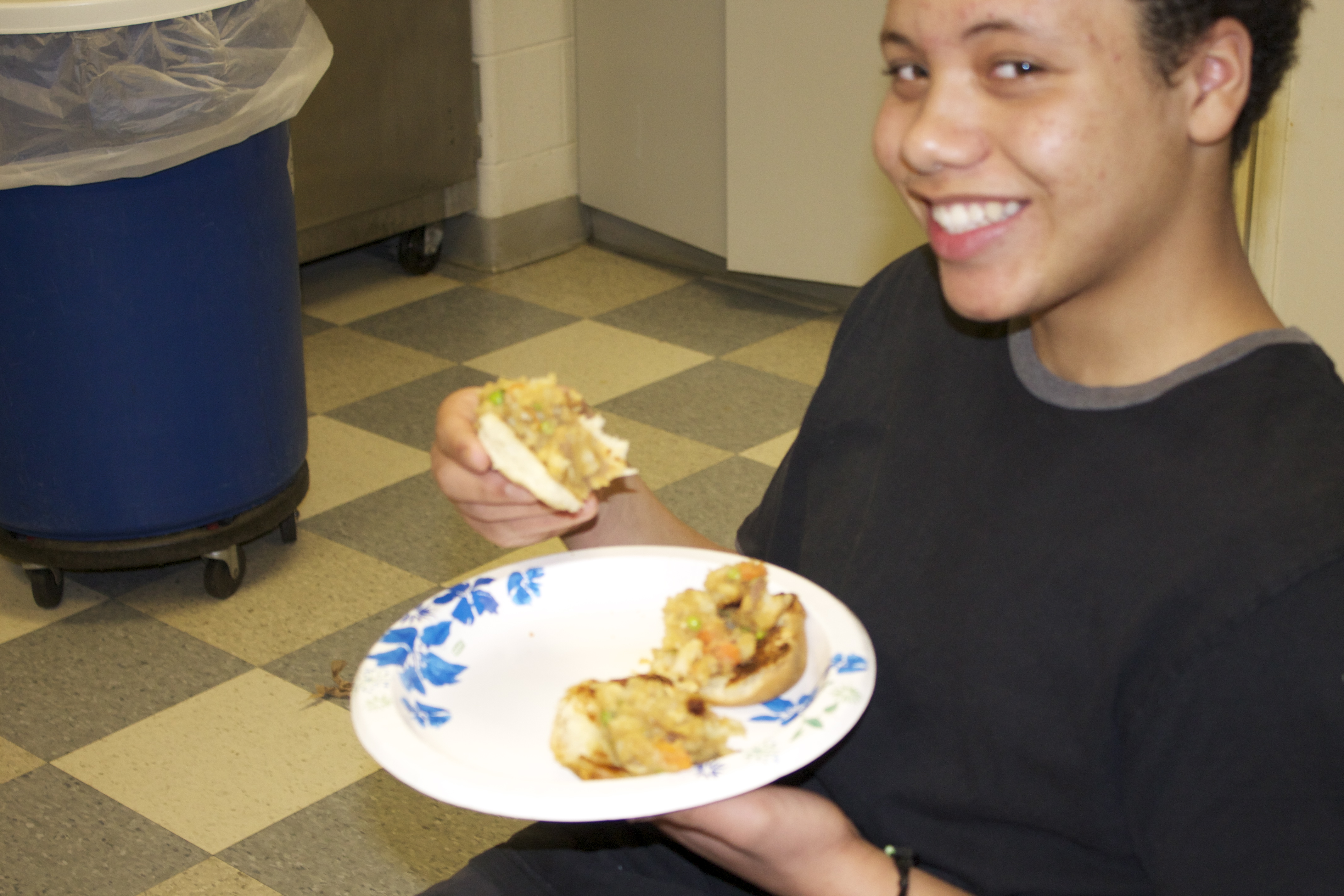 Gabriel~ Lunch here in america is very different from lunch for you guys, at least that’s what Noopur tells me. It starts off when i hear the schools jingle ringing through the classrooms air. I get up from my seat and travel to the hallway where there’s a stampede of students to greet me. After i join them in the mix of things i make my way around the corner to the lunch lines. Its an agonizing wait for my food as we all like ants huddle close together on our way through the little doorway to lines of food waiting for us. Like mini conveyor belts the students move out from in front of me until I’m standing before the stacks of burgers, fries, hot-dogs, and salads. We have so many choices to choose from and everyday there’s something new to pick. Although the food is very greasy and filling it allows us to make it through the day on a full belly. The only problem is that right after we eat our variety of meals we all share one thing…”The Itis”. It plagues all High School students. After eating a large meal we get very sleepy, almost in a trance and are basically falling asleep for the next few classes. Although we share different lives and food choices we do share one thing in common, we all like to eat. This is just a little window into what lunch is like for me and what makes it “LUNCH”. 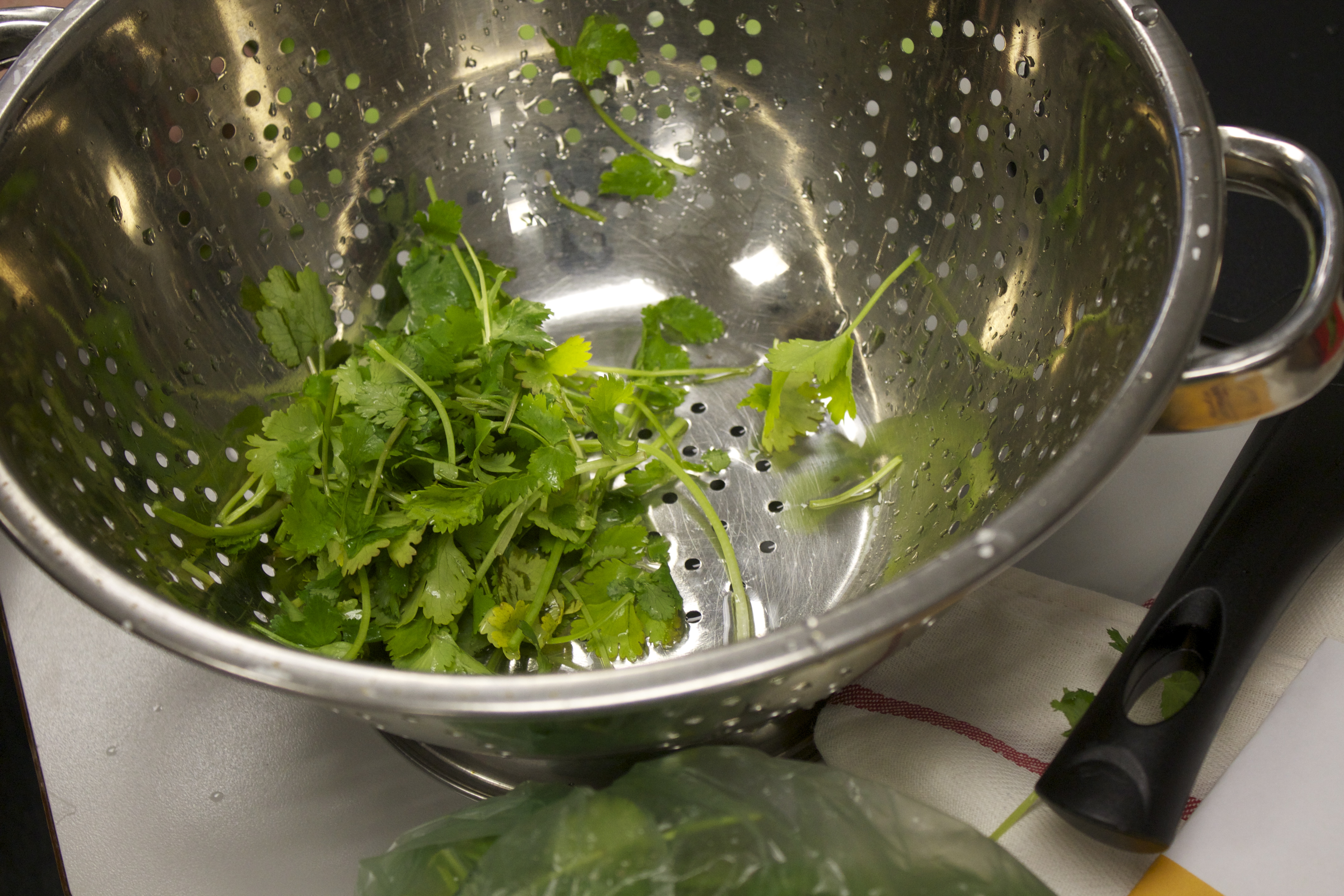 Ever since our teacher Ms.Edwards asked us to stay after school so we could cook Pav Bhaji, we were already excited. We didn’t know much about the food, or how we would make it, but it was really interesting that we were all going to be working together, and we all agreed. That day, Noopur explained what the dish was, how we make it, and how we were all gonna have different jobs. Each of us was assigned different vegetables to cut, and separated into groups to put the ingredients in the pot and cook. The coolest part of it was, at the end all three batches turned out really different: one was more soupy, one was more pasty and one was more crunchy. But they were all still really good!
Daniella’s favorite part was toasting the pav with the ghee because she thought it was really good and she got to help everyone make their pav, not just her own. Gabby’s favorite part was when she made the mistake of mixing up the carrots and the tomatoes because it ended up being a good thing and made the dish better! It’s a very forgiving dish, which was nice because we were all very new to cooking it. Lauren’s favorite part was walking around to all the different groups and having fun with all her friends while making something that turned out really good.
Eating the Pav Bhaji was really interesting because it’s so different from the foods we normally eat! We’re used to foods like pizza, which is a dough with tomato sauce and cheese that’s baked in an oven in a circular shape and cut into wedges, and french fries, thinly sliced potatoes dipped in a batter and deep fried. Lauren especially loved Nutella, a chocolate and hazelnut spread used to put on bread, fruit, or anything really! Is Pav Bhaji a staple food in your homes? What else do you guys eat a lot? 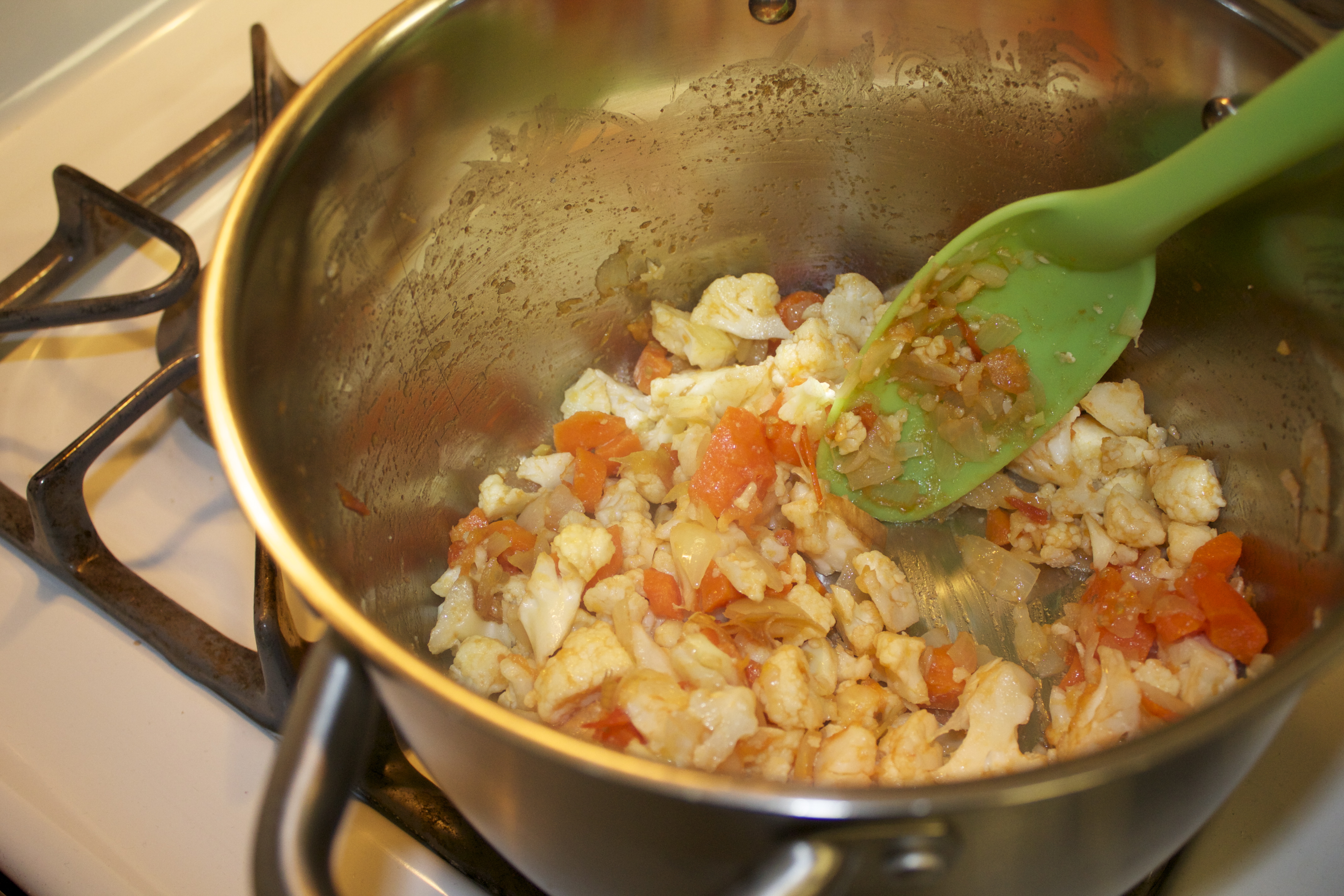 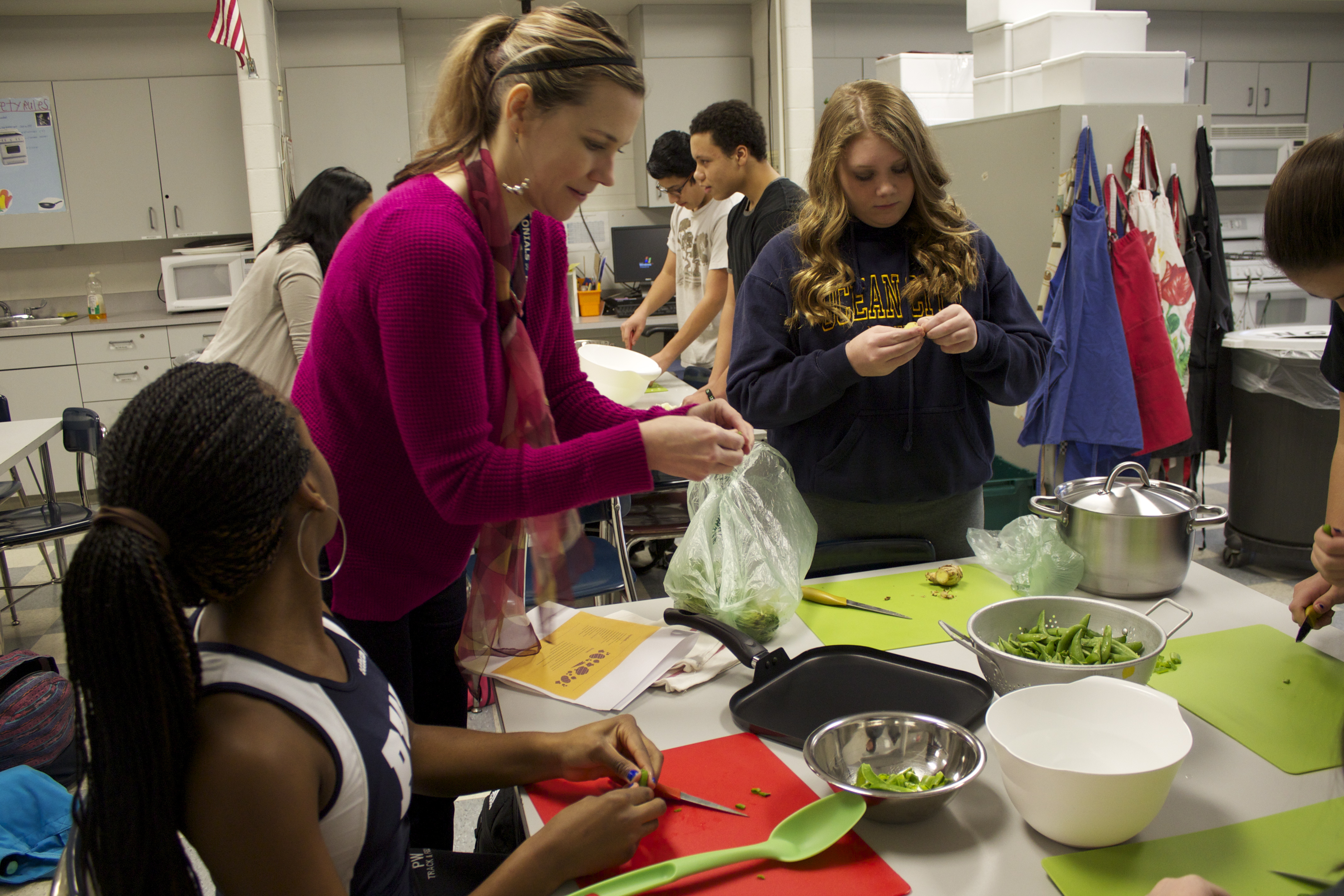 After cooking Pav Bhaji, it filled us with felicity because we were cooking for a cause that would help many people. When we tasted the Pav Bhaji it was amazing because we made it ourselves. While we were cooking, we learned how to mince, cut vegetables, and work together. This overall experience was liberating and it made us feel helpful. We can’t wait to come together and cook it again. 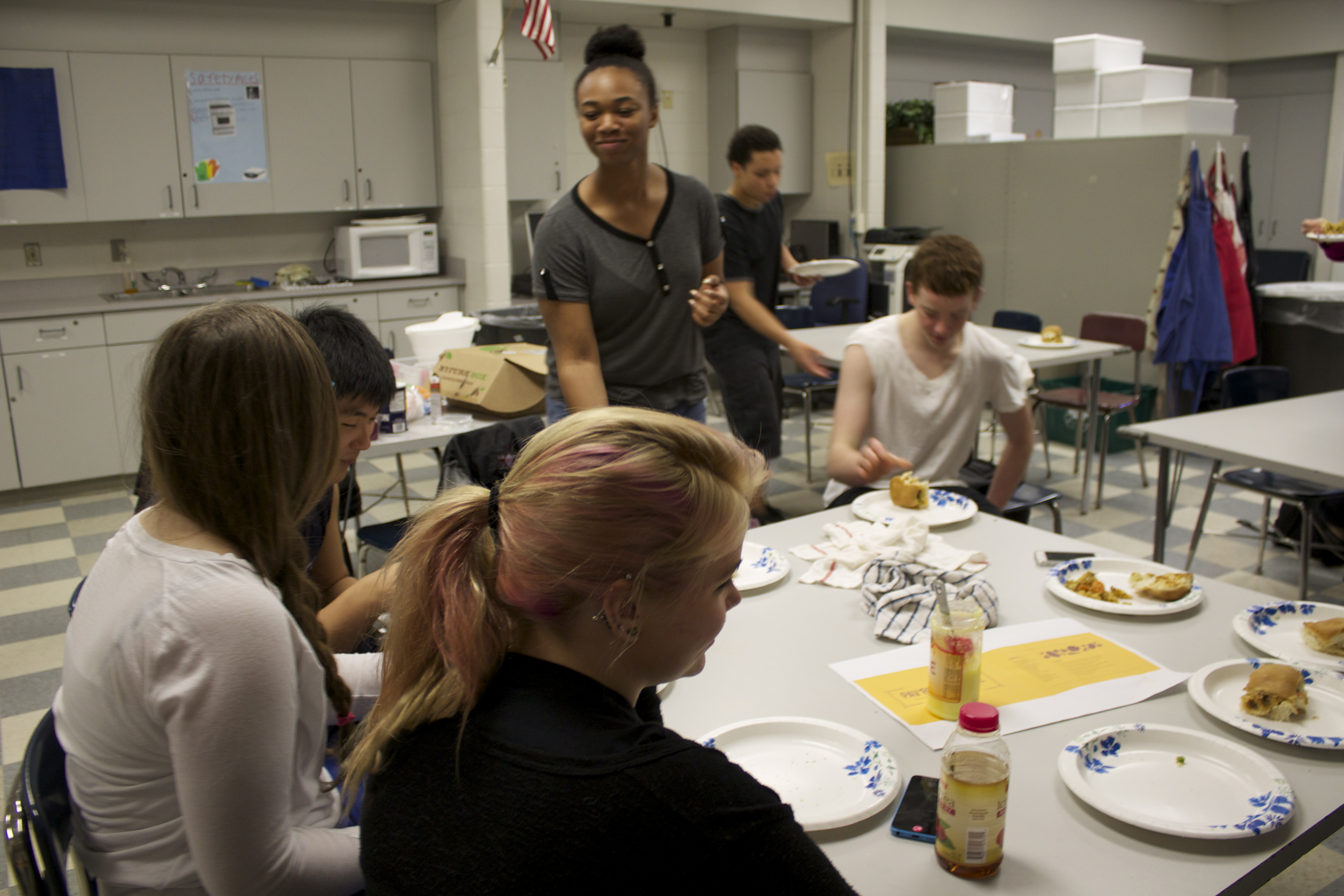 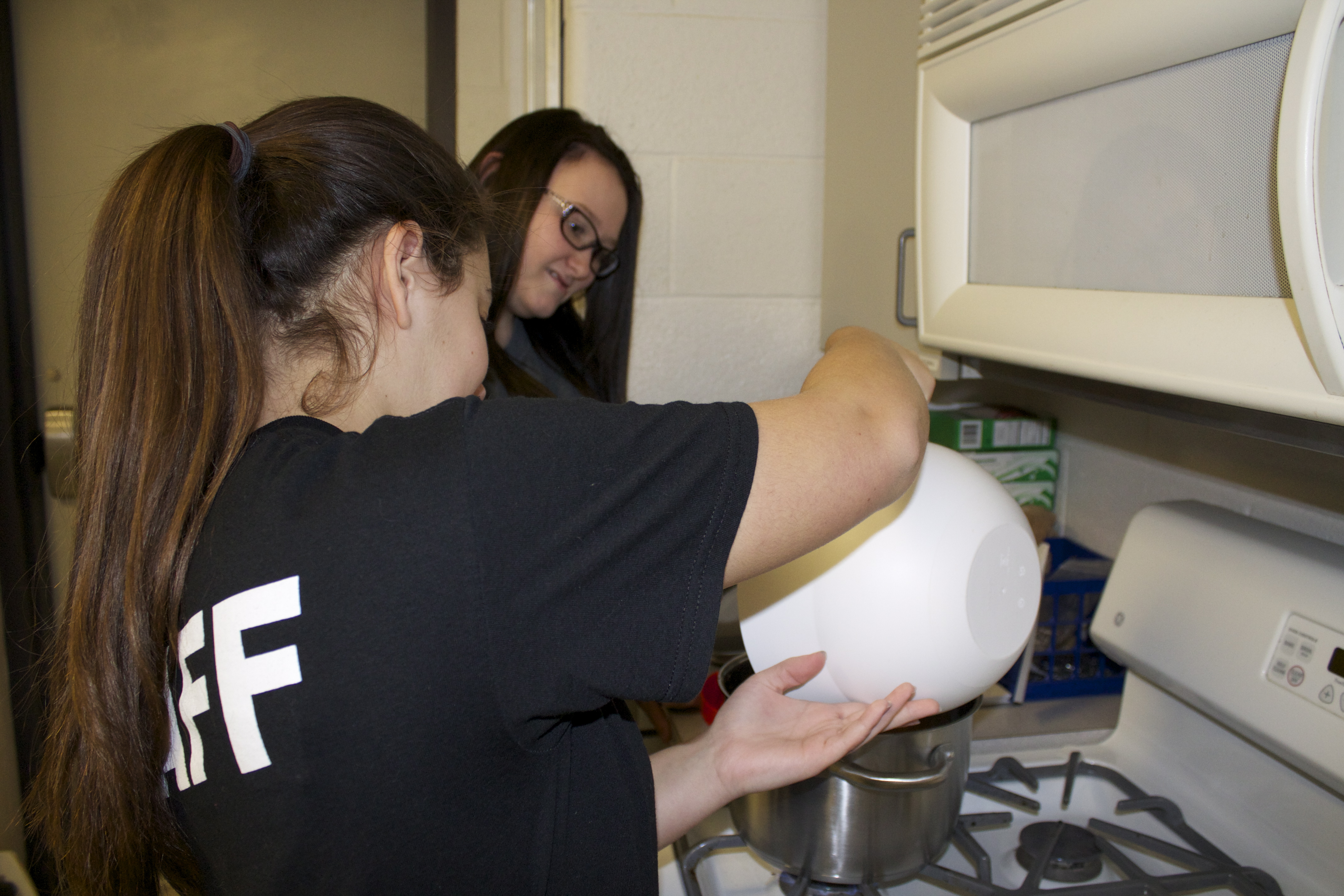 Having the experience of making Pav Bhaji was both fun and exciting. In our group we started with peeling peas and chopping garlic. The whole class contributed to chopping, sauteing and peeling all of the vegetables.
We buttered and toasted the rolls while pulling the tables together. All of us pulled chairs over to the table and ate as a class.
Pav Bhaji was delicious and new. Making it was such a good time and we all enjoyed ourselves while acting like a family. All three pots we made were eaten, or taken home to give to our families.

At Nashta Exchange students at Plymouth Whitemarsh High have learned how to cook and sell Pav Bhaji, a wildly popular 'Indian Sloppy Joe', at their very own food stall.

All of the proceeds help to buy food and opportunities for students at the Akanksha Foundation in Cuffe Parade, Mumbai. The entire program aims to facilitate true exchange—building a foundation for friendship, education, and life.